Gdula, Rittmeyer Named to Week 5 USL Team of the Week 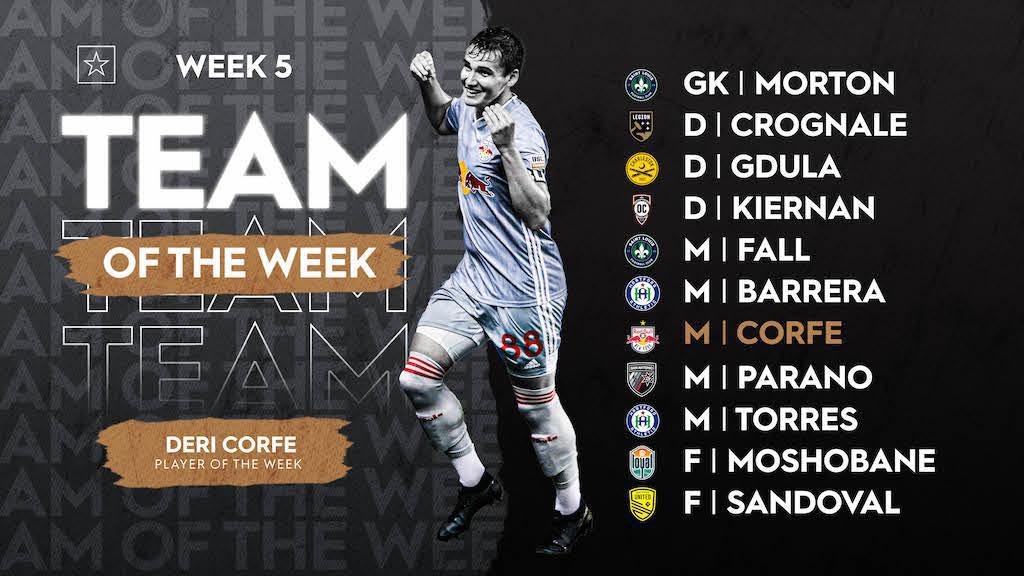 After a strong two-way performance in Friday night's match against Atlanta United 2, Charleston Battery right back Logan Gdula was named to the USL Championship Team of the Week.

Gdula put up 84 minutes of solid play attacking up the side, contributing an assist in the play of the game when he took a heel-flick from Robbie Crawford and crossed it to Nico Rittmeyer who headed it in and put the Battery up 2-0 early in the second half.

Logan matched up well against Atlanta winning 7 of 11 duels and 2 of 3 tackles while also recording nine recoveries and two interceptions.

While not in the main lineup for this week's league honors, Nico Rittmeyer also made the cut after his solid score, getting a nod as a bench player for the USL's weekly list.

They are the second and third Battery players to be named to the league's Team of the Week for performances against Atlanta after defender Kyle Nelson was recognized after the March 8 away win.

Week 5 USL Team of the Week: