What You Need to Know: Charleston Battery v Atlanta United 2 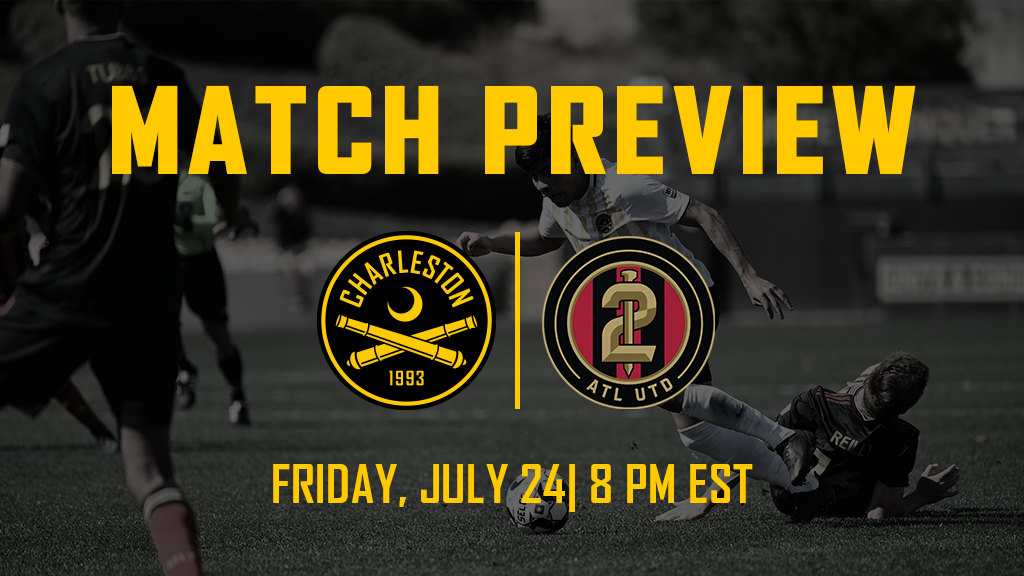 The Battery hit the pitch again on Friday, facing Atlanta United 2 in their first Group H challenge for the reformatted 2020 Season. It will be the second of four matches between Charleston and Atlanta as the Battery look to shake off Sunday’s home-opening loss against Birmingham Legion FC and strengthen their hold on second place in the Group H standings.

Charleston’s 3 points so far on the season came at the hands of Atlanta when the teams first met to open the year on March 8. In that first fixture, both teams got to a quick start with Dante Marini just missing a brilliant pass by Zeiko Lewis in the opening minute that would have easily been tapped by the keeper. And Atlanta responded minutes later as Amir Bashti split through the Battery’s backline to Jack Gurr, whose shot went just wide of the left post. Both teams held things even into the second half and Charleston sealed the deal as Lewis forced a penalty in the 62nd minute and converted on the PK to go ahead 1-0. They held the advantage for the rest of the game.

While the Battery look to come back after Sunday’s tough loss, Atlanta United 2 head to Charleston with 3 matches on the season, already having fallen to Tampa Bay on July 11 and securing 1 point after taking Memphis 901 FC through 90 minutes to a 2-2 draw last Saturday. With that 1 point on the board, Atlanta sits 2 points behind Charleston in Group H and 6 points behind Tampa Bay Rowdies. The Battery are looking to secure 3 points and pull within one of Tampa Bay before the Rowdies take on Birmingham this Saturday.

Conway has brought some life to the Atlanta side, opening scoring in consecutive matches leading into Friday. The 18 year-old forward followed an early scoring chance in Saturday’s matchup against Memphis with a solid footing to put Atlanta up early. The Atlanta United Academy vet has played 149 minutes since returning to play and looks to be a formidable piece in Atlanta’s plans against the Battery this week.

Highlighted as the player to watch in the Battery’s first bout against Atlanta last March, Zeiko remains the one to watch in this week’s rematch as the sole owner of Charleston’s 2 goals on the season. Appearing in the full 90 minutes on Sunday against Birmingham, Lewis confirmed how key an asset he is up the middle taking a corner pass on the fly from Deshawon Nembhard in the 29th minute and bouncing it past the keeper to level with Legion in the first half. His additional 4 duels won and 25 passes with 68% accuracy through the full time look bright as he’ll cause trouble for the Atlanta defence atop the box. 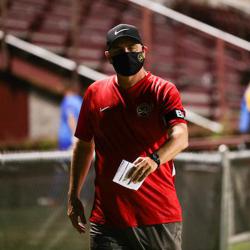 With the shortened week, the boys had an off day on Monday before getting back to the pitch and game planning for Friday’s matchup at home.

“Atlanta’s a different team,” Coach Mike Anhaeuser commented on the matchup and short training week. “They like the pass, they like to play it out of the back. They’re just a little different in the way they play. We played them in March, they’re not going to change that much. But they have a couple new young faces, you never know with an MLS 2 team. You have to be prepared for that. The big thing for us is what we do, we have to build on what we did well and if we can perform on those things and keep doing them, we’re going to have a lot of success.”

As of posting, Arthur Bosua, Dante Marini and Rennico Clarke are questionable for Friday with Jesus Ibarra and Mauro Cichero both sitting this one out.

All Battery matches will be streaming on the ESPN+ platform. Friday's match will be live HERE.