What You Need To Know: Atlanta United 2 v. Charleston Battery 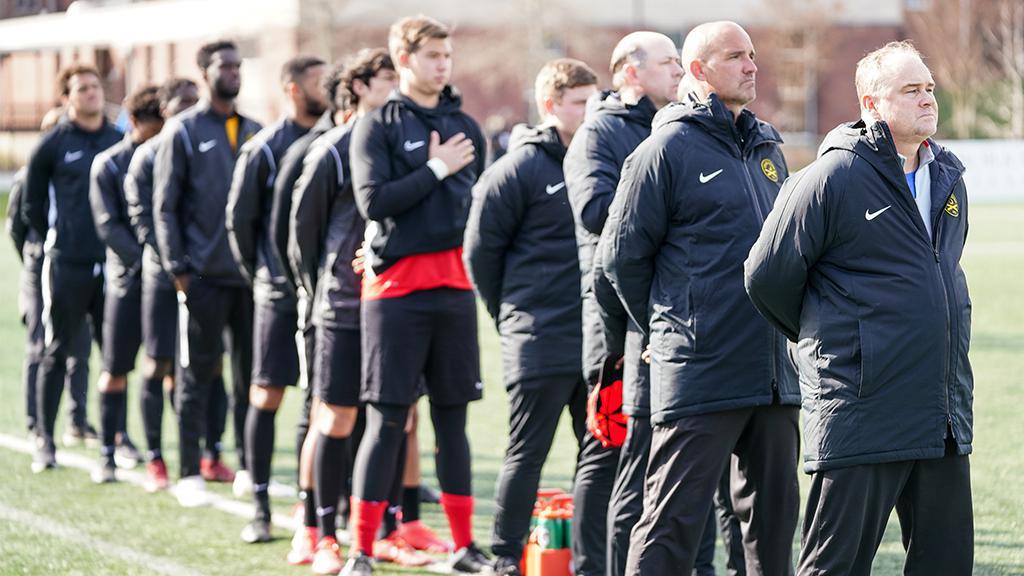 Week 1 of the USL Championship season comes to a close on Sunday night with six teams in action throughout the day. First up, Atlanta United 2 and Charleston Battery at 3:30 P.M. Charleston open the season with three straight away matches before returning home on March 28th for their first match at Patriots Point against Philadelphia Union II.

Charleston wrapped up a successful preseason tour with home wins against Chattanooga Red Wolves and the College of Charleston. The Black and Yellow should feel confident heading out on the road, but a young and hungry ATLUTD2 team will prove a tough test to kick off the 2020 season. Here's what you need to know.

Series History/Recent Results - ATLUTD2 got the better of Charleston last season, taking three points at home and settling for a draw on the road. Both teams hold a 2-2-1 all-time series record dating back to 2018.

Laurent Kissiedou opened the scoring for ATLUTD2 at MUSC Health Stadium in the first match between the two sides in 2019. Kissiedou's goal in the 71st minute had ATLUTD2 thinking three points but Zeiko Lewis would equalize eight minutes later with a brilliant "Olimpico" goal, scoring directly from a corner kick. The match would play out to a 1-1 draw. In the reverse fixture, ATLUTD2 jumped out to an early lead through a Luiz Fernando goal before Nico Rittmeyer scored his first goal of the season to level things going into the break. Second-half goals from Andrew Carleton and Jack Metcalf saw hosts earn a late-season win.

It's difficult to predict what sort of lineup ATLUTD2 will deploy on Sunday against Charleston. ATLUTD2 has thirteen players signed to their USL Championship roster which means we could see a number of academy/first-team players feature this weekend. Last season, ATLUTD2 had 40 players make at least one appearance for the team while 21 made at least ten appearances.

Who to Watch, Luiz Fernando - It's a good bet that midfielder Luiz Fernando will be in the Starting XI for ATLUTD2 this weekend. Fernando, who is under contract with the first team, made 32 appearances for ATLUTD2 last season. The Sao Paulo native started 27 matches, finished third on the team in minutes (2,328), and led the team in assists (4). In two matches against Charleston in 2019, Fernando picked up one assist and scored one of his two-season goals.

And while the ATLUTD2 roster changes from week to week, Charleston has undergone some offseason roster changes of their own. The 2020 squad has a new look and feel with longtime captain, Taylor Mueller, making his way back home, signing with Tacoma Defiance, after eight-years sporting the Black and Yellow. Tah Brian Anunga signed his first Major League Soccer contract with Nashville SC and Joe Kuzminsky is out on loan with Israeli club, Maccabi Haifa.

Who to Watch, Zeiko Lewis - The catalyst of Charleston's attack, Zeiko Lewis looks to build on an impressive first season with the Battery. Leading the team in goals, assists, shots, and chances created, Lewis is set to start the season strong against an ATLUTD2 team that conceded 77 goals in 2019, the fifth-highest total in the USL Championship. The dynamic forward scored two goals against Minnesota United in February.

From the Training Ground - "The guys have been fantastic," said coach Mike Anhaeuser. "We finished our last two games very well. Defensively we were very sound." Charleston showed just how good they could be on the defensive end, allowing just one goal in their final two preseason matches. "Now, it's go time," said Anhaeuser. "Guys have to step up."

One of Charleston's defensive leaders, Leland Archer, says he'll be ready for whatever Atlanta brings on Sunday. "You never know who they are going to bring," said Archer. "There style of play is basically the same, they try to possess the ball, and we'll be ready." Archer figures to be a key piece of a new look Charleston defense.

How to Watch: Join us at Baker & Brewer for our first watch party of the year! Make us a part of your Sunday Funday and enjoy $3 craft beers from the opening kick to the final whistle. We'll also be selling some of the newest and coolest Charleston Battery merch to rep your city AND your team. The party starts at 3:00 P.M. with kickoff set for 3:30 P.M. Can't make it out to Baker & Brewer? No problem. You can catch every USL Championship match, including Sunday's contest between Atlanta and Charleston, on ESPN+.