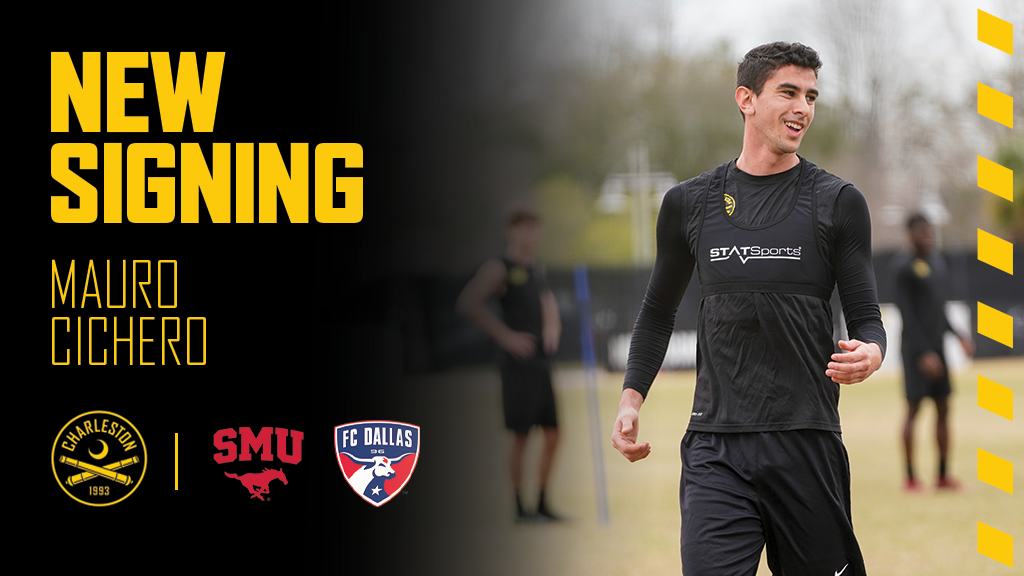 Charleston Battery have added firepower in the midfield on Thursday afternoon with the signing of Mauro Cichero. Cichero was one of the nation's top prospects coming out of college following a decorated playing career at Southern Methodist University.

Cichero was selected by F.C. Dallas with the 29th overall pick in the Second Round of the 2018 MLS SuperDraft. He spent most of the 2018 season rehabbing from an injury suffered at the tail end of his senior season before heading to F.C. Dallas' affiliate, and USL League One side, North Texas SC, who became League One Title-Winners after the first-ever final in October 2019.

As a freshman at SMU, Cichero featured as one of the Mustang's top attacking options, leading the team with 46 shots. In 17 matches, Cichero played 1,260 minutes, scoring 2 goals and adding 4 assists. His goals, against Central Arkansas and Tulsa, were match winners and his performances throughout the season earned Cichero a place on the American Athletic Conference Second Team and All-Rookie Team.

Cichero broke out during his second season, leading the team in scoring with 10 goals and tallying 9 assists. He finished second in the American Conference in points and tied for fourth in goals. Cichero earned numerous accolades as a sophomore, including American Athletic Conference Offensive Player of the Year and a was a unanimous First-Team All-AAC Selection. Cichero was also a semi-finalist for the MAC Hermann Trophy, which is awarded to the top player in the country.

In his final two seasons at SMU, Cichero made 28 starts in 30 total appearances scoring 12 goals and registering 8 assists. He opened his senior campaign with a hattrick against UC Davis in a 3-2 win and scored 2 goals, to go along with 2 assists in 61 minutes, against Northeastern in a 6-0 win. Cichero wrapped up his college career with 24 goals and 21 assists across 68 appearances, starting all but two of those matches.