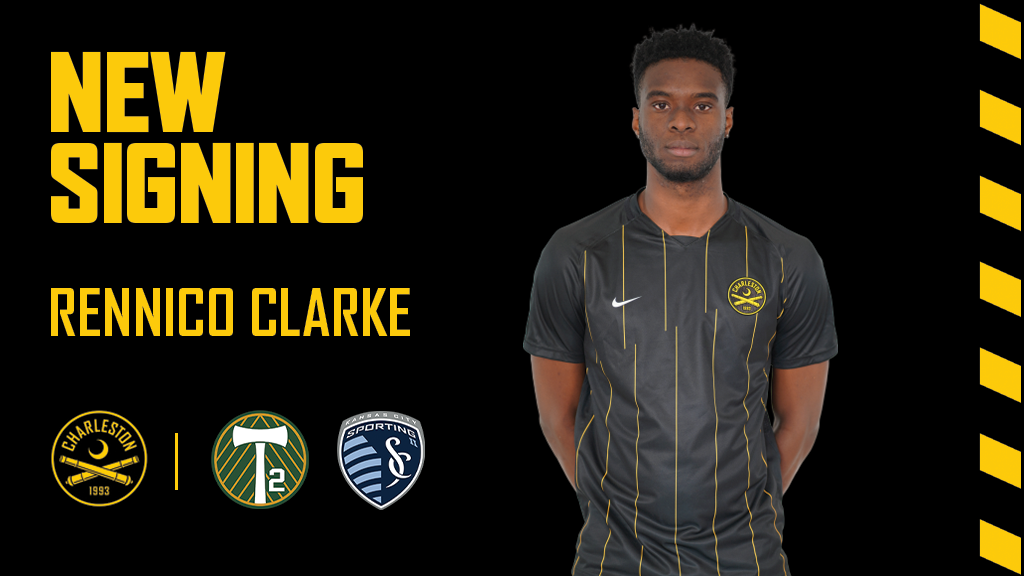 Charleston Battery have added another defender to their 2020 roster ahead of the upcoming season, signing experienced USL Championship defender, Rennico Clarke, pending league and federation approval.

Clarke made his USL Championship debut with Portland Timbers 2 in February of 2015, after joining the club from Jamaican National Premier League side, Harbour View. Clarke made fifteen league appearances for Portland and saw action in two U.S. Open Cup matches in his first season. The Jamaican defender would remain with Timbers 2 through the end of the 2016 season before signing a contract with the first team at the beginning of 2017.

Although he spent most of the season with Timbers 2, Clarke made his debut with MLS' Portland Timbers against Seattle Sounders in the Fourth Round of the U.S. Open Cup. He'd play 90 minutes in a 2-1 loss, picking up an assist on Portland's lone goal. He would spend July with the first team before returning to the Championship for the last half of 2017.

In 2018, Clarke would join FH Hafnarfjördur (FH), where he would play alongside current teammates, Zeiko Lewis and Robbie Crawford. He made nine league appearances and played 325 minutes over four Europa League Qualifying matches.