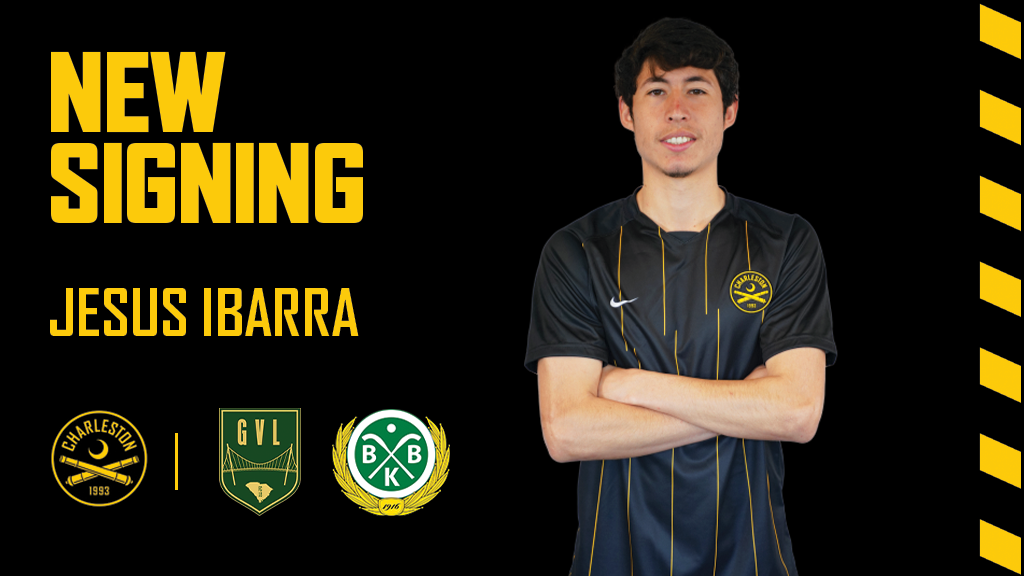 Last season, Ibarra played for Bodens BK, who participated in Division 1, the third tier, of Swedish soccer. He would go on to score two goals in 13 appearances for Bodens in 2019 and chipped in two assists during league play.

The San Diego native is no stranger to soccer in the Palmetto state, having spent time with Greenville FC of the National Premier Soccer League in 2018. Ibarra showcased his quick feet and playmaking ability, as well as an eye for goal, against Asheville City in the Carolina Clasico. Ibarra would give Greenville a halftime lead before assisting on the match-winner early in the second half.

And Charleston won't be Ibarra's first stop in the USL Championship. Ibarra joined the Wilmington Hammerheads in 2016, training with the club throughout the regular season.