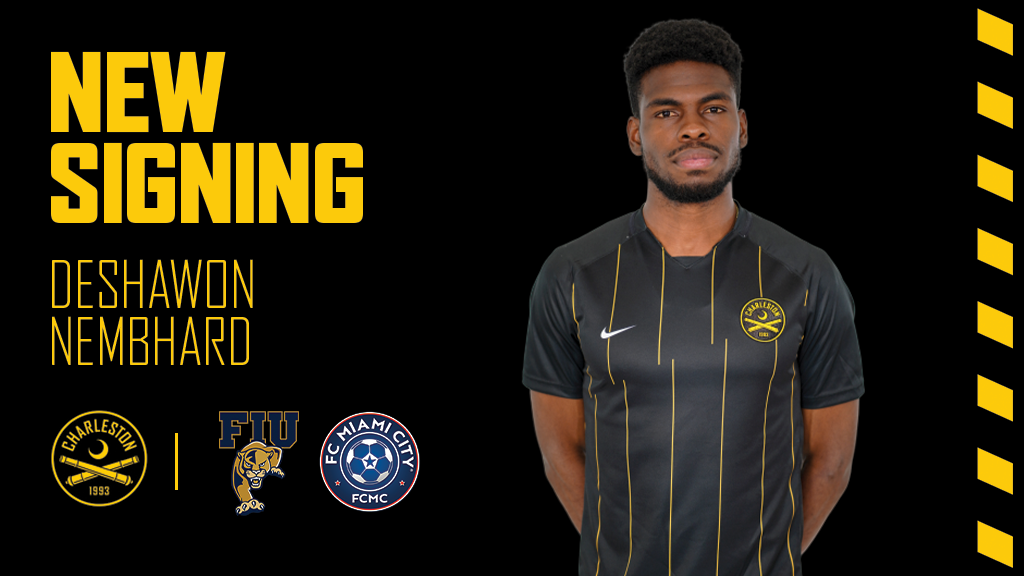 In his time with FC Miami City, Nembhard appeared in three matches playing all 90 minutes with the club and scoring a goal in his first match against Weston FC. He'd follow up on his Miami City debut with an assist against Next Academy Palm Beach.

Nembhard began his collegiate career with SMU in 2013, making 13 starts for the Mustangs. In 17 matches, Nembhard tallied three assists, leading the team in that department. He played 1,225 minutes his freshman season and was named to the American Athletic Conference All-Rookie Team.

Following a successful first season with SMU, Nembhard transferred to Florida International University (FIU). Over the next three years, Nembhard would go on to make 36 appearances for the Panthers, starting in 25 matches. His offensive game paid dividends for the Panthers as Nembhard scored two goals his senior year, both of which proved to be match-winners, while adding on one assist. Nembhard finished with five assists while at FIU and helped the Panthers take down Omaha, 2-0, in the 2017 NCAA tournament.

As a high schooler, Nembhard excelled at Saint Mark's School of Texas while leading the Solar Chelsea U18's, of the United States Soccer Development Academy, leading the club to multiple titles. In 2012, Nembhard was named to the USYSA National Tournament Best Eleven.