Robbie Crawford Inks Deal with Charleston Ahead of 2020 Season 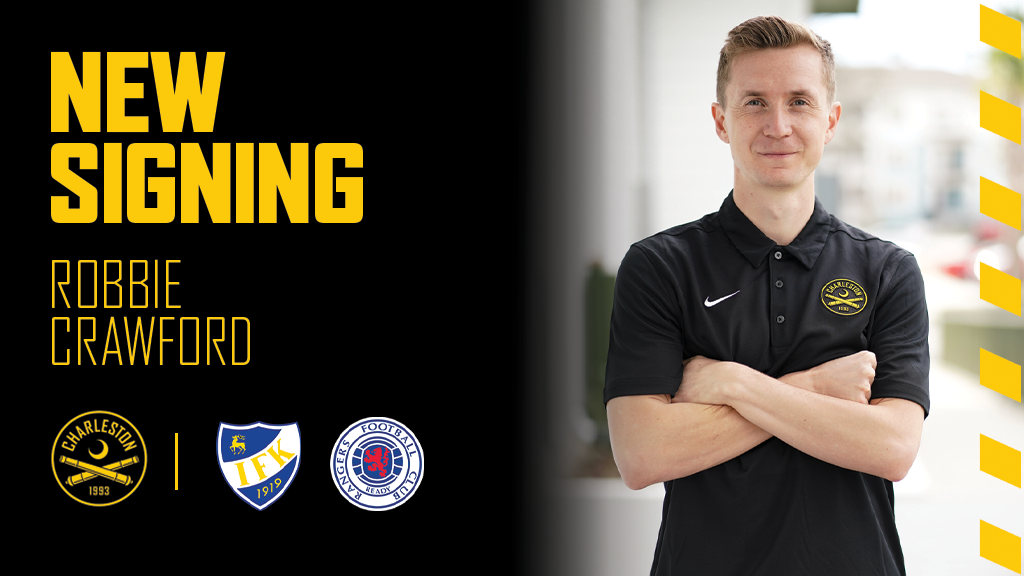 On Tuesday, Charleston Battery completed the signing of Scottish midfielder, Robbie Crawford, pending league and federation approval. The signing marks Charleston's first new addition to the squad ahead of the 2020 USL Championship season.

Crawford began his youth soccer career with Scottish powerhouse, Rangers F.C., quickly developing into one of the club's top prospects. In 2012 Crawford made the jump from academy team to first-team, earning a spot on Rangers roster for the upcoming campaign. He made his professional debut for Rangers against Brechin City in the Scottish Challenge Cup coming on as a substitute late in a 1-2 win. Crawford would go on to score seven goals while adding six assists in fifty-seven total appearances for Rangers.

A Greenock, Scotland native, Crawford spent time with his local club, Greenock Morton, while on loan from Rangers at the tail-end of 2014. He made ten league appearances for the current Scottish Championship side, scoring one goal and tallying one assist before returning to Rangers. Crawford spent a majority of 2015 back with Rangers before going out on loan with Alloa Athletic.

The Scotsman would part ways with Rangers, and his homeland, in 2017 to join Icelandic club FH Hafnarfjördur. Crawford found similar success with FH scoring eight goals in fifty-seven total appearances over two seasons with the club. He'd make the move to Finnish side, IFK Mariehamn, at the start of 2019 appearing in thirty-seven matches in all competitions and logging over 3,200 minutes.

Crawford will have his first chance to don the Black and Yellow in Charleston's preseason tour which kicks off tomorrow in Melbourne, Florida and includes trips to Fort Lauderdale, Greenville, and Statesboro.