Back in Black and Yellow: Kierron Mason 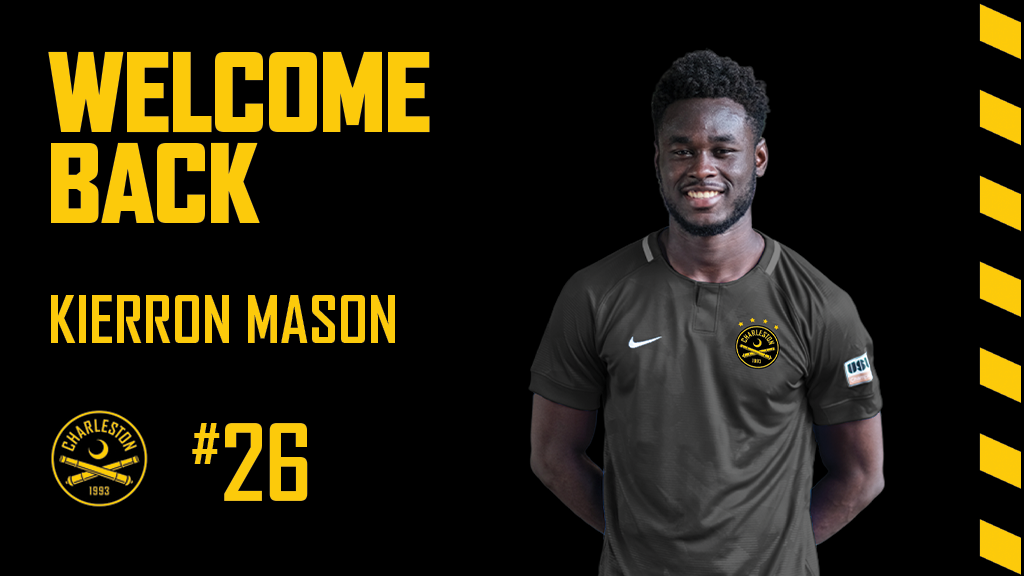 Mason didn't see much action during the USL Championship regular season making just one start in three total appearances. Like teammate Jay Bolt, Mason's season was cut short due to an injury that sidelined him for the second half of the season. Mason did make an impact in the U.S. Open Cup, starting all three of Charleston's cup matches.

Mason put in a solid performance against Greenville Triumph SC in the Second Round. He started alongside Tah Brian Anunga in midfield and played ninety minutes, setting the tone defensively for Charleston. He was involved in eighteen duels throughout the match, a team-high, winning possession in ten of those battles. Mason added two tackles, two clearances, and two interceptions while winning possession for Charleston six times.

The first year Trinidad and Tobago international also started against Nashville SC in the Third Round. This time he pushed past the ninety-minute mark, playing the first eight minutes of extra time before being replaced. Mason improved upon his numbers against Greenville winning possession for Charleston thirteen times and nearly doubling his number of tackles, clearances, and interceptions.

Ten minutes into Charleston's Fourth Round battle against Atlanta United, Mason picked up an injury and was replaced by Angelo Kelly. The injury would keep Mason from being able to establish any momentum in his first season with the club. Anunga's transfer to Nashville SC will provide an opening Mason could fill heading into 2020.