Back in Black and Yellow: Jay Bolt 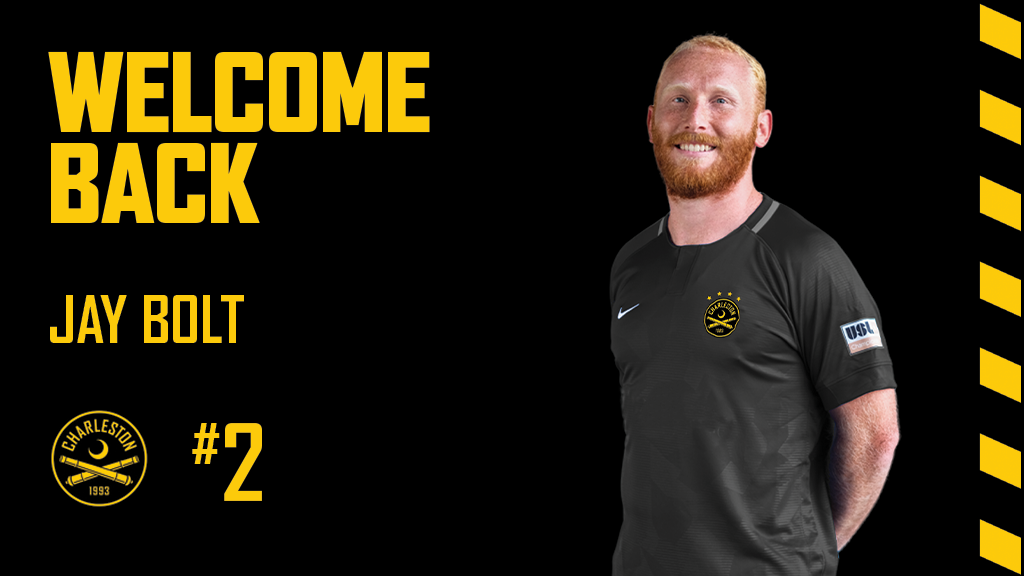 Jay Bolt is set to rejoin Charleston Battery for his third season following the 2019 campaign which saw the defender sidelined for much of the year through injury.

With the departure of Neveal Hackshaw to USL Championship side Indy Eleven, and Skylar Thomas' move to the Canadian Premier League, Bolt was in line to see an expanded role in Charleston's backline in 2019. He opened the season strong starting six of Charleston's first seven matches before missing the next eleven.

Bolt played 846 minutes last season while tallying one assist. He made his return from injury in the second half of Charleston's match against Tampa Bay, playing forty-five minutes in the process. Bolt was eased back into action appearing in three of the next five before missing the last two months of the year.

In his first season with the club, Bolt played in twenty-seven matches for Charleston, picking up twenty starts, and logging 1,808 minutes. In his rookie campaign, Bolt registered thirty-six clearances and interceptions. He'll aim to get back, if not surpass, those numbers in 2020.