Back in Black and Yellow: Arthur Bosua 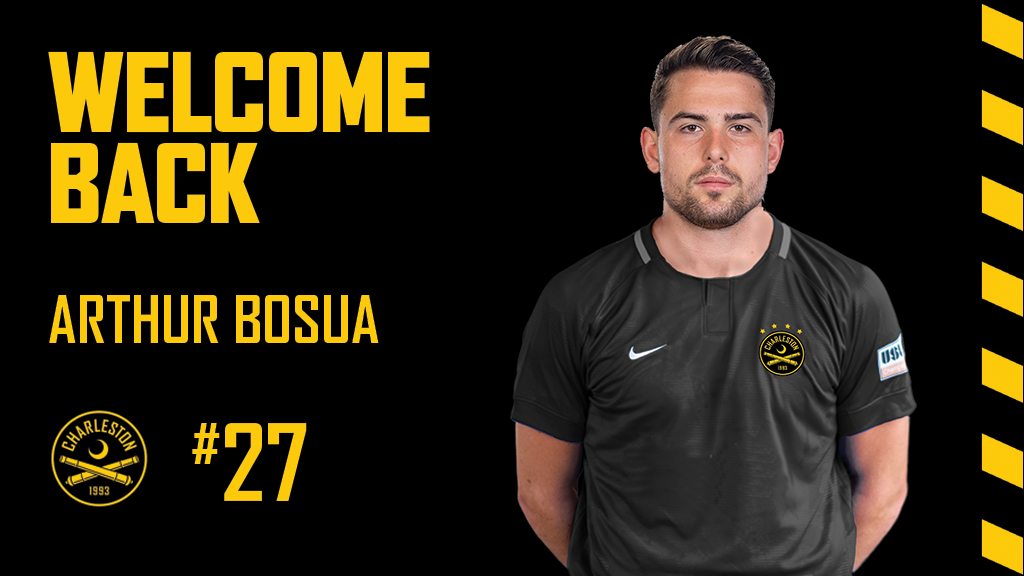 With the preseason less than two weeks away Charleston Battery have bolstered their attack, returning Arthur Bosua to the 2020 roster.

Bosua joins fellow forwards Nicque Daley and Zeiko Lewis as the trio set their sights on the upcoming season. The former University of Columbia product had a solid first season in Charleston scoring six goals and finishing second on the team in goals scored. Bosua led all first-year players in appearances, twenty-nine, and minutes played, 1,936.

The 6' 3" target man gave opposing defenses headaches with his unique combination of strength and finesse. Bosua easily led the team in aerial duels winning over half of those battles. All of Bosua's six goals came from inside the eighteen-yard box with five right-footed goals and one header. Bosua registered one assist on the season which helped Charleston steal a late point against the Rowdies in Tampa Bay.

Bosua will set his sights on hitting double-digit goals in 2020 and his involvement in Charleston's attack should only increase. He trailed only Lewis in shot attempts and shots on goal at forty-two and seventeen, respectively.