Back in Black and Yellow: AJ Paterson 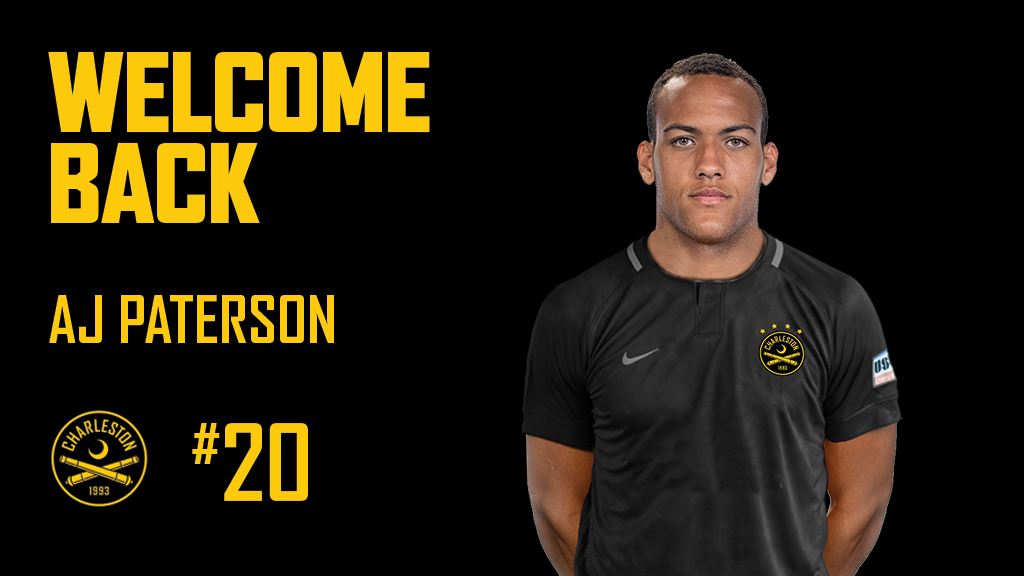 Charleston Battery returns one of their young attacking defenders as A.J. Paterson is back for the 2020 season.

Paterson made twenty appearances in his first season with the club making fourteen starts to the tune of 1300 minutes. The attacking defender finished with four goals on the year trailing only Zeiko Lewis and Arthur Bosua for the team lead. On the defensive end, Paterson chipped in forty-six clearances and twenty-six interceptions.

Paterson started against Greenville Triumph SC and Nashville SC during Charleston's run in the U.S. Open Cup and notched a start against Atlanta United in the Fourth Round. He played a major part in giving Charleston a first-half lead, forcing a turnover twenty minutes into the match and picking out Ian Svantesson for the opening goal.

On the national stage, Paterson captained Grenada in a 3-2 win over Belize catapulting the island nation into Group A of the CONCACAF Nations League and securing a place in the 2021 Gold Cup. Grenada will appear in the competition for the first time in ten years. Paterson capped off an impressive first season domestically and internationally, in style scoring two goals in a 5-1 win against Bethlehem Steel FC in the final match at MUSC Health Stadium.