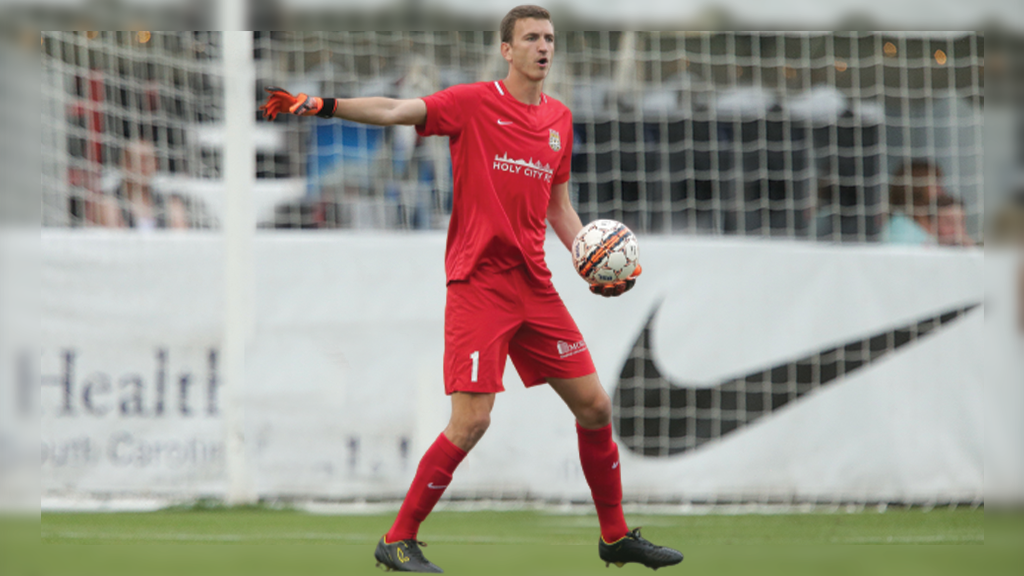 Charleston Battery and Israeli Premier League side Maccabi Haifa have agreed to a season-long loan for goalkeeper Joe Kuzminsky. The loan deal will become official following a completed medical with the team.

“We are really excited for Joe. He has absolutely earned this opportunity and will be a true asset to Maccabi Haifa both on and off the pitch." said club owner Brandon Lieb. "As a club, the Battery will continue to develop top talent and provide them with the best opportunities to advance their careers both domestically and internationally. This is an exciting time for both Joe and the Battery and we look forward to watching him in Israel.”

Founded in 1903, Maccabi Haifa stands as one of Israel's oldest clubs rising to prominence in the early '80s. Following their move to the top flight of Israeli soccer, Maccabi Haifa won three titles in six seasons topping rival club Maccabi Tel Aviv. The club has gone on to claim a total of twelve Israeli league championships since winning their first in 1984.

“From day one it’s been our goal to get players in, be successful, and help them move on,” said head coach Mike Anhaeuser. “I’m sure other players see that and know that if they come in and do well were going to help them get to where they want to be.”

Kuzminsky finished the 2019 USL Championship season as one of the leagues best, making ninety-seven saves (tied for the third most) to go along with eight shutouts.

And winning the Israeli Premier League offers an even bigger prize. The opportunity to qualify for the UEFA Champions League. Maccabi Haifa was the first Israeli club to qualify for the group stages of Europe's most prestigious club competition in 2002 and have reached the play-in stage or group stage matches of the tournament a total of eight times.

"It's a dream," said Kuzminsky when asked about the move. "Ever since I was young, to play over in Europe, and this is an opportunity to achieve that. It's farfetched, but I could be playing against Cristiano Ronaldo" (in Champions League).