Back in Black and Yellow: Angelo Kelly 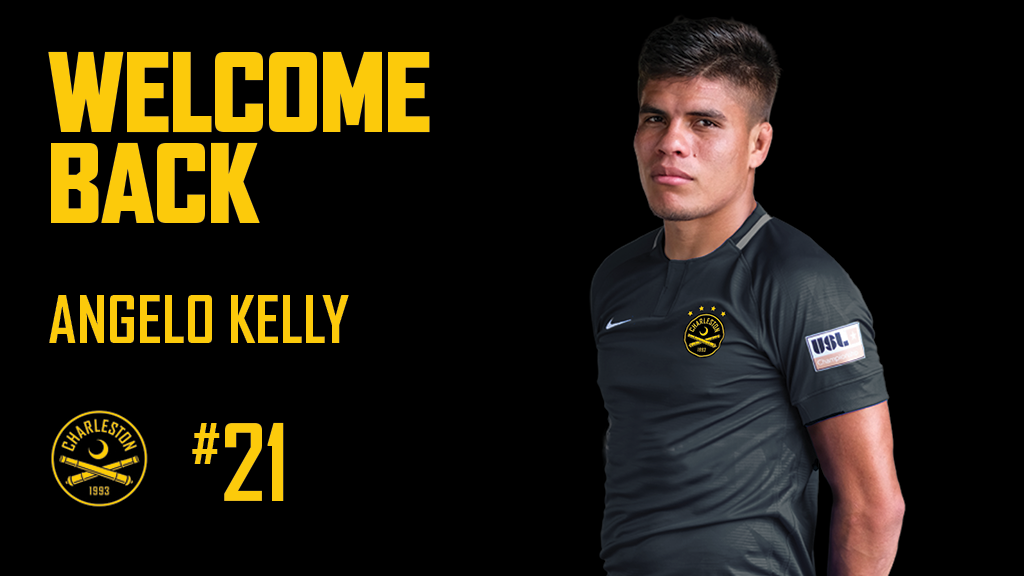 Angelo Kelly will return to Charleston Battery ahead of the 2020 USL Championship season. Kelly will look to establish a place in the starting eleven and fill the gap by the recent departure of Tah Brian Anunga.

Kelly featured in a central midfield role while filling in at right-back over the course of the 2019 season. The Ottumwa, Iowa native saw an uptick in playing time during his second season playing over four-hundred more minutes and making six more appearances (four starts) than his first year in Charleston.

Kelly proved to be a key piece of Charleston's defensive efforts while pushing play forward into the attack. Kelly made 48 interceptions trailing only Jarad van Schaik for the team lead and registered 34 tackles won, the third-highest tally on the team. He was efficient in those tackles as well, winning 70% of his attempted tackles.