Back in Black and Yellow: Nico Rittmeyer 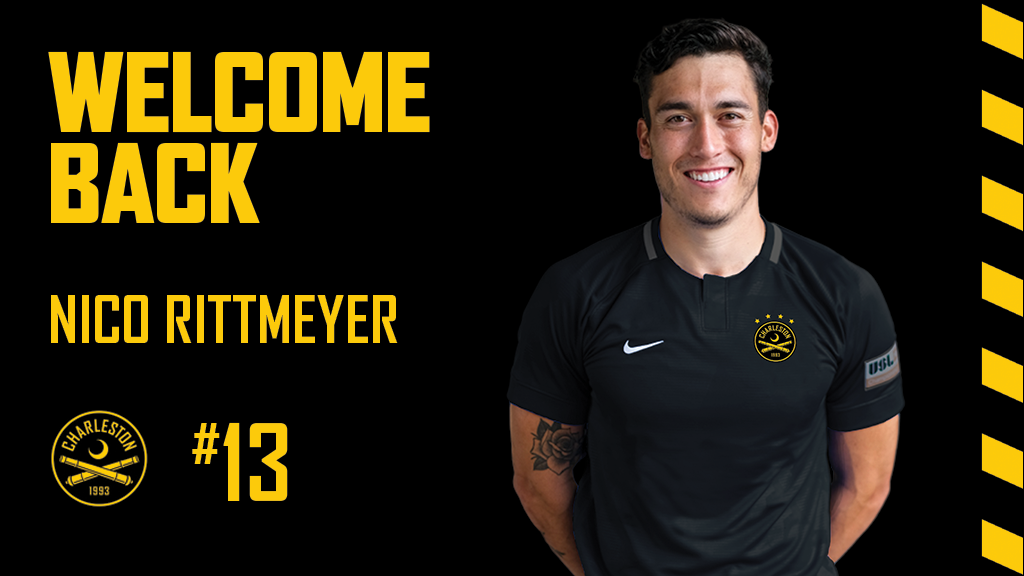 Nico Rittmeyer is gearing up for the 2020 season at Patriots Point. Rittmeyer and teammate Leland Archer will be back at their college grounds where the pair played together for three seasons with the Cougars.

Entering his fourth season with the club, Rittmeyer is one of the more veteran players on Charleston's roster. Rittmeyer signed prior to the start of the 2017 season following a three-year career at the College of Charleston. He made thirteen appearances during his rookie season making one start.

He quickly established himself as a key piece of Charleston's attack appearing in all but two matches for the Black and Yellow in 2018. Rittmeyer scored four goals in his second season while adding four assists, good for the second-highest total on the team. Nico's performances in 2018 earned him a multi-year contract extension entering the 2019 season.

Rittmeyer's match-winning goal against North Carolina FC brought the Southern Derby Cup back to Charleston and served as important points in Charleston's push towards the postseason.