Back in Black and Yellow: Romario Piggott 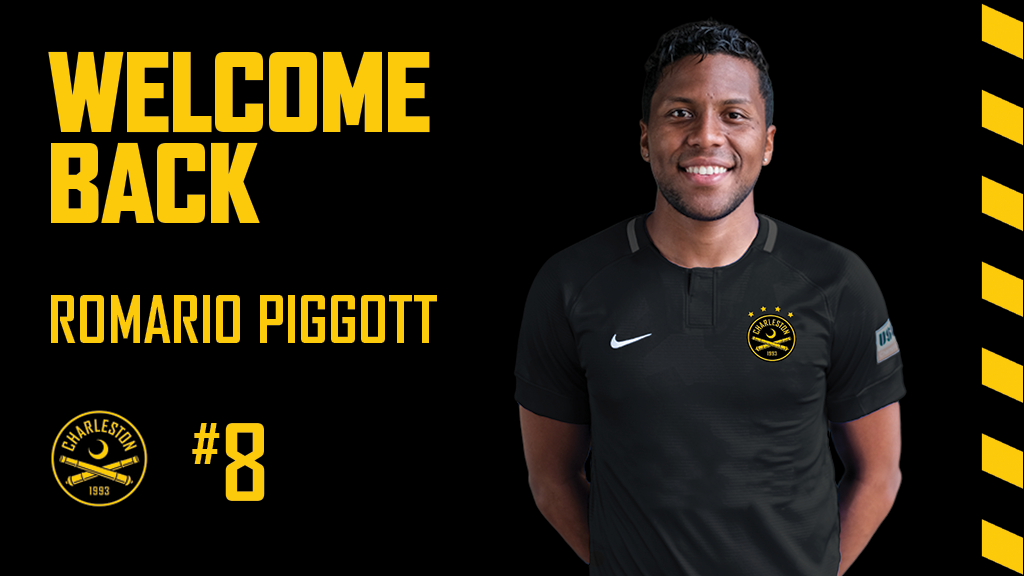 Romario Piggott is back for his second full season in Charleston. Piggott joined the Battery in September of 2018 after a successful stint with the Myrtle Beach Mutiny.

The Panama international bagged three goals in his first season with the club and added three assists, good for third-best on the team. He trailed only Zeiko Lewis in chances created (29) and finished the season with twenty-seven shots. Piggott made twenty-one starts in twenty-six total appearances in 2019 hitting the 1,800-minute mark.

Come out and see Romario and the rest of the boys in Black and Yellow in what will be a historic season at Patriots Point! Tickets are on sale online or by calling (843) 971-GOAL!