Back in Black and Yellow: Dante Marini 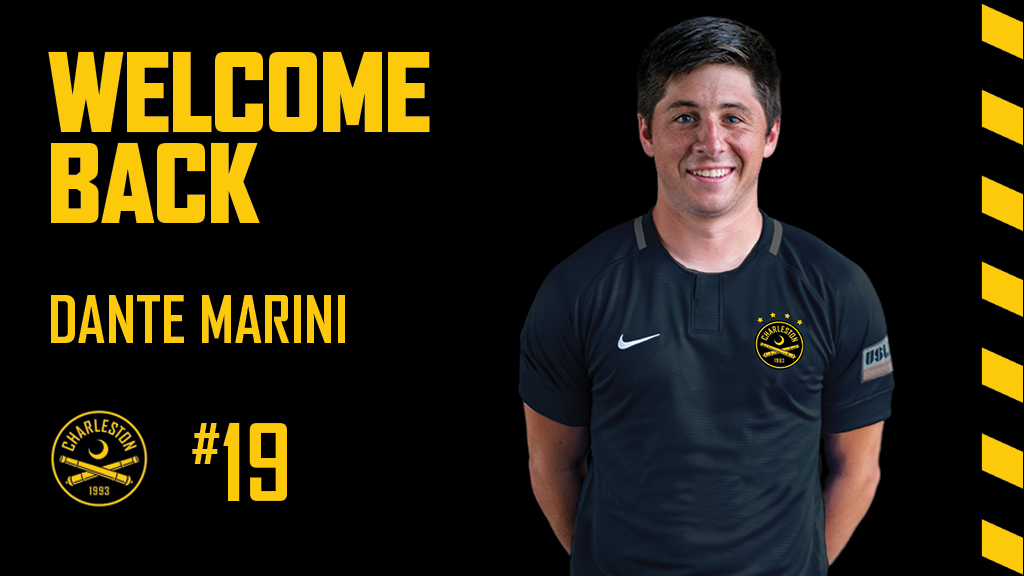 Looking for a late winner? Dante Marini has you covered for the 2020 season. Marini's return from a knee injury, which forced him to miss the entire 2018 season, was the feel-good story of the year and the attacking midfielder will look to build on a successful 2019.

Marini announced his return against Hartford Athletic in Charleston's second match of the season scoring his first goal in the 63rd minute to give the Battery a 2-0 lead proving the crucial goal as Hartford pulled one back late in the match. He'd play the hero in Memphis, breaking a 0-0 stalemate with a last-second winner against 901 FC to steal three points for the Battery on the road.

And the game-winning goals just kept coming. Marini sunk Hartford once again, this time at Dillon Stadium in a thrilling five-goal match in July. He would double Charleston's lead against Loudoun three and a half weeks later giving the Battery a cushion, preventing Loudoun from completing a comeback.

All in all, Marini's four goals accounted for twelve points, and important points they were, as the Battery finished four points clear of the playoff line. Marini made a total of 31 appearances this past season serving as a catalyst off the bench for Charleston's attack.