Back in Black and Yellow: Nicque Daley 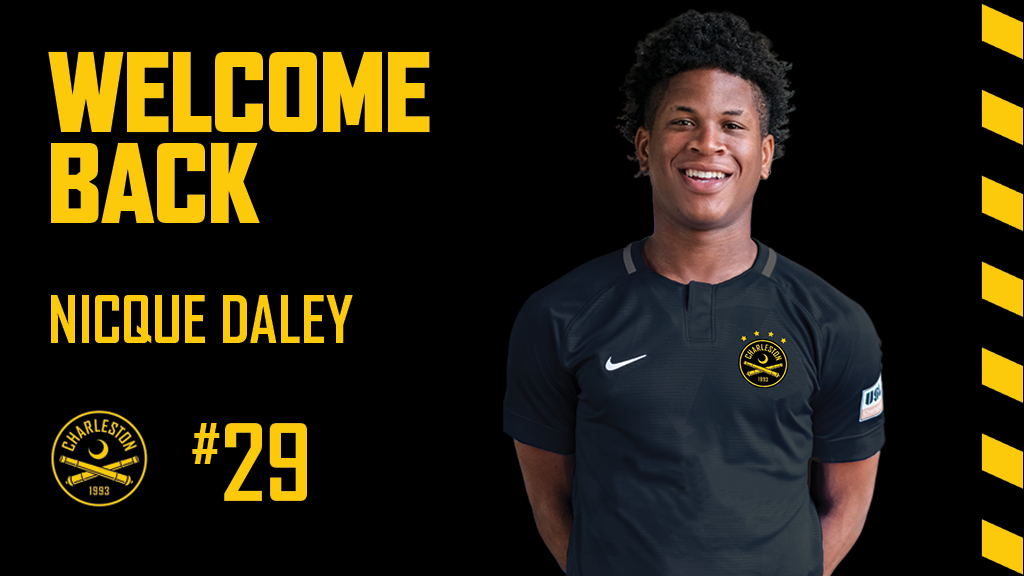 Don't blink, or you might miss him. Nicque Daley is back for his sophomore season with Charleston after joining the Battery prior to the start of the 2019 season.

Daley saw action in seventeen USL Championship matches this season, and while the majority of his minutes came off the bench, it didn't take the Jamaican international long to showcase his unique combination of power and blazing speed. His season was highlighted by a wonderful solo goal against the Pittsburgh Riverhounds to rescue a late point at home, and his first goal in a Battery jersey.

Daley started five regular-season matches, as well as Charleston's Second and Third Round games of the U.S. Open Cup, scoring a pivotal goal against Nashville in the Third Round, sending the teams to a penalty shootout where the Battery would eliminate their USL Championship rivals.

Like a number of his Battery teammates, Daley represented his country this past season on the international stage. Daley made appearances for the Reggae Boyz during their qualifying run for the 2020 Olympic games. The pacey forward also spent time with the U-20 team, scoring six goals in five matches during the CONCACAF Championships in 2018.