Back in Black and Yellow: Zeiko Lewis 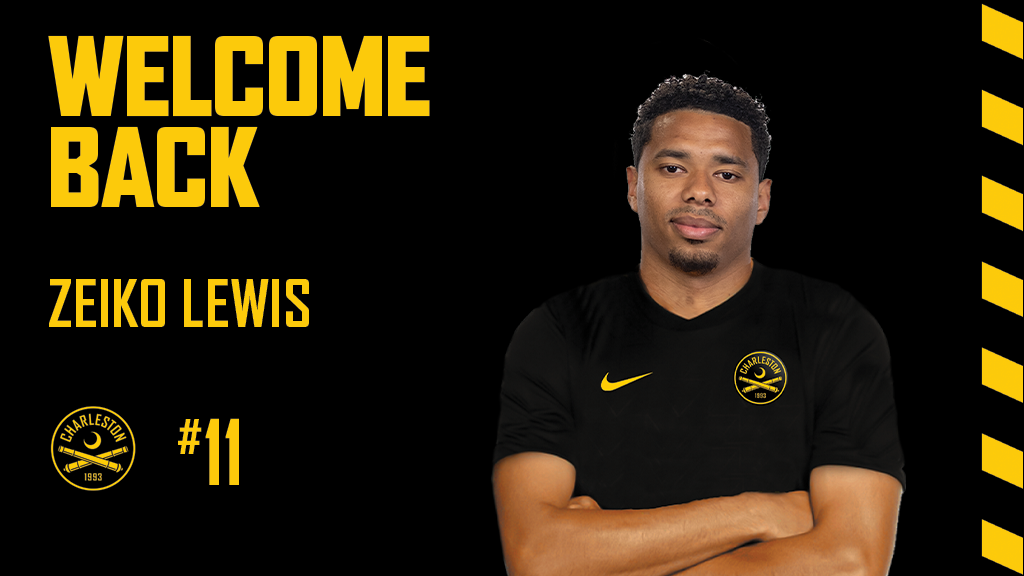 Charleston's leading goalscorer is back for the 2020 season! Zeiko Lewis, who spent his first full season with the Battery in 2019, will remain as one of the Battery's most dangerous attackers.

Lewis wasted no time in making an impact for the Battery, scoring his first goal for the club seventeen-minutes into his debut against Hartford Athletic. The former Boston College forward would go on to lead the attacking line picking up his second of the season three weeks later against Charlotte Independence.

Zeiko would finish the year with eight goals while also sharing a team-high five assists. The shifty playmaker showcased his quality with jaw-dropping goals against Atlanta United II and Hartford Athletic, winning USL Goal of the Week for his curling effort against the Independence.

Lewis also led the team in shots (49) and chances created (46) on his way to taking home Offensive Player of the Year for the Charleston Battery. He capped off an impressive year by being named USL Championship Player of the Week in the final week of the regular season.