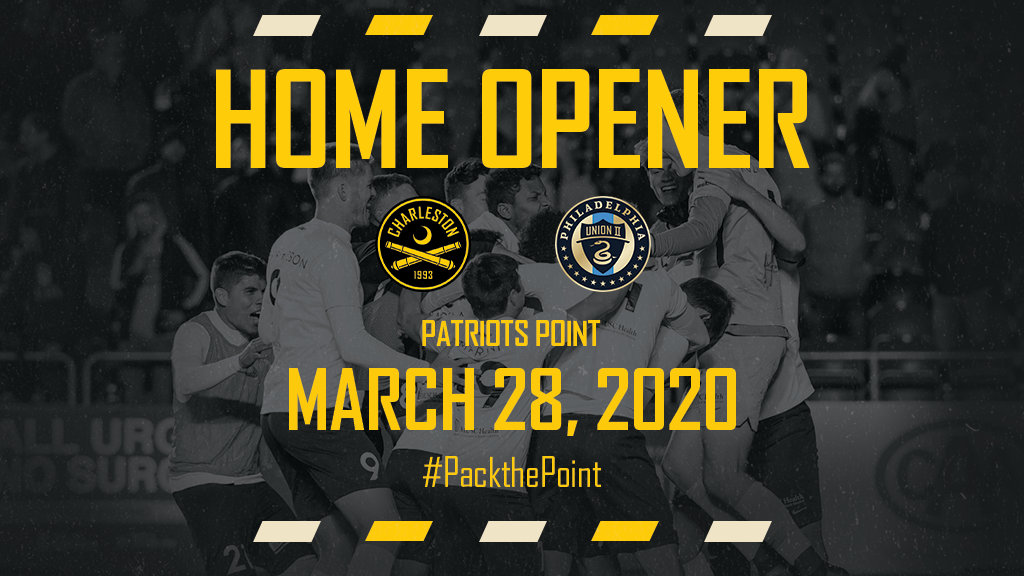 On Monday afternoon, the United Soccer League announced the home openers for each Championship club for the 2020 season. Charleston Battery will play host to Philadelphia Union II on March 28th in their inaugural season at Patriots Point.

Philadelphia Union II, formerly Bethlehem Steel FC, will make the trip to the Palmetto State as the first club to play in Charleston's new home. The two teams split wins in 2019, scoring a combined ten goals, including a 5-1 win for Charleston to close out the regular season. Charleston have faired well over the last few years in their home openers winning three straight matches from 2015-2017.

Season tickets are on sale and can be purchased online or by calling the Battery's ticket office at (843) 971-GOAL. Information about single-game tickets will be announced in the coming weeks.