Lewis Named Player of the Week 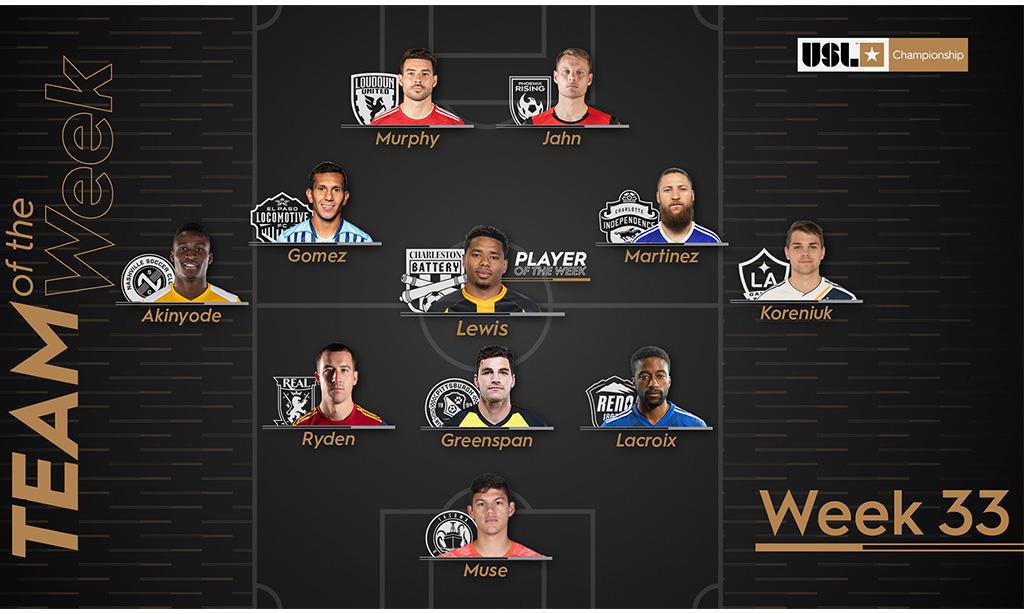 Zeiko Lewis was named USL Player of the Week and awarded a spot in the final USL Team of the Week of the regular season with his performances against Memphis 901 FC and Bethlehem Steel FC.

Lewis registered one goal and two assists in the Battery's final two matches to push Charleston into the postseason for the twelfth straight season. Lewis filled up the stat sheet against Memphis assisting on Taylor Mueller's opening goal and doubling the Battery's lead in the 63rd minute. He finished the match with four key passes and five crosses, both team highs.

The Bermuda international kept things rolling in a 5-1 win against Bethlehem Steel on Saturday, setting up forward Arthur Bosua for the Battery's opening goal. He created four scoring chances on the day and finished with two shots.

Lewis will lead Charleston into Ottawa on Wednesday night in the first round of the USL Championship Playoffs which will be streamed on ESPN+.