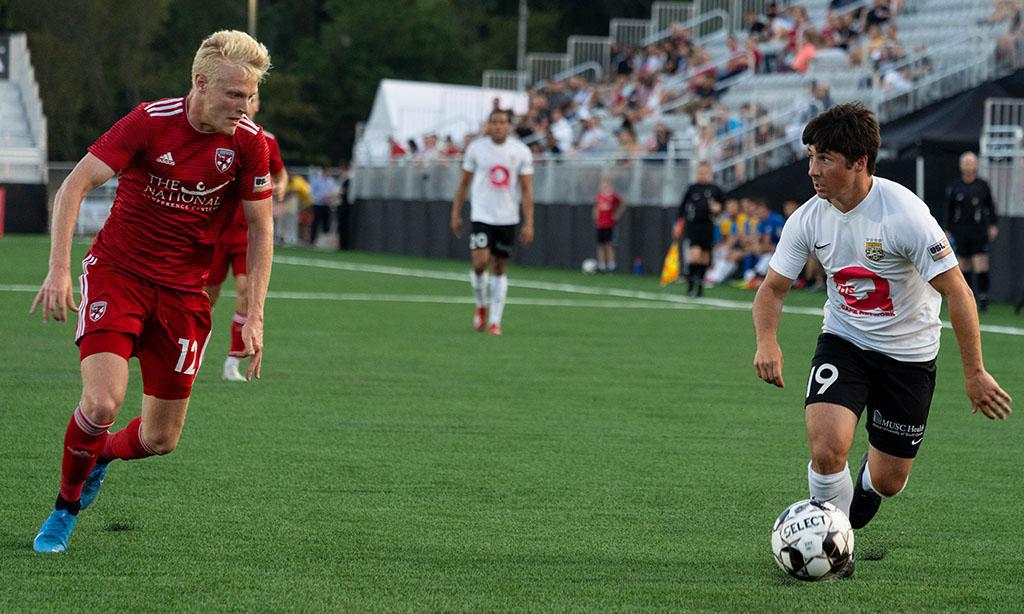 Loudoun are in town for a Sunday afternoon match at MUSC Health Stadium at 2:00 PM. A 0-0 draw against Birmingham on Saturday night means a win is crucial for the Battery as they eye a place in the USL Championship Playoffs.

Home Field Advantage - Charleston wrap up their regular season with three straight home matches starting with Loudoun United FC on Sunday afternoon. The Battery are 6-2-7 at home this season with impressive wins against Nashville SC and Indy Eleven. Visitors have struggled to win matches at MUSC Health Stadium and Charleston has quickly become one of the toughest places to play in the USL Championship. Over the last six seasons, the Black and Yellow have lost just eleven regular-season home matches and carry a 0.82 goals per game average.

A Wild Ride - While it's been a disappointing inaugural season for Loudoun, the D.C. United affiliate club has shown flashes of brilliance this season, beating teams like New York, Louisville, and Tampa Bay. Former Battery forward Gordon Wild, who was acquired by D.C. United following a stint with Atlanta United and Atlanta United II, has been in fine form of late registering a hat trick against Swope Park on September 25th. He's likely to feature as D.C. United prepare to take on Toronto FC in the MLS Playoffs.

Let's Go Loudoun - Loudoun finish off a five-match home stretch Wednesday night against Saint Louis FC. Much like Swope Park a few weeks ago, Loudoun can help the Battery's playoff hopes with a win tomorrow night at Segra Field. United jumped out to a 0-2 lead before Saint Louis rallied back to level things ending in a 2-2 draw. Saint Louis are two points about the Battery in the table and have struggled of late, losing two of their last three.

It's a quick turnaround following Charleston's match against Loudoun as the Battery host Memphis 901 FC at 7:00 PM on Wednesday night. Make the most out of the final three games of the season with our buy two get one free Hat Trick Package! Individual game tickets are also available online or by calling (843) 971-GOAL!