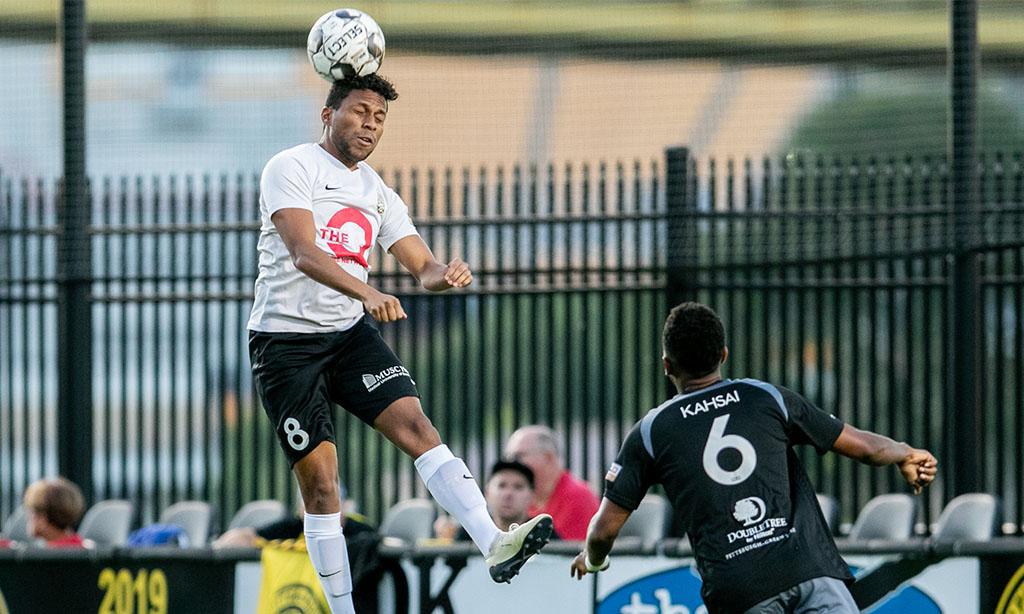 The Charleston Battery fall to the Pittsburgh Riverhounds in a 1-0 battle at Highmark Stadium on Saturday night. It's the first loss in four matches for the Battery with Pittsburgh extending their unbeaten run at home to fifteen games.

Pittsburgh dominated possession in the first half, forcing the Battery to defend early and often. Charleston did well to absorb the pressure and kept the Riverhounds from creating dangerous opportunities. It was a quiet first half, but the story for the Battery was an injury suffered by Leland Archer. Archer was forced off in the 14th minute after the defender appeared to suffer a leg injury following a Pittsburgh attack. Vincenzo Candela replaced Archer and the former College of Charleston man walked off under his own power. Charleston were without captain Taylor Mueller who was serving his one-match suspension for yellow card accumulation.

The second half produced more opportunities for both sides starting in the 55th minute with Nico Rittmeyer and the Battery. Rittmeyer worked his way down the left-wing eyeing forward Arthur Bosua who was finishing his run into the Pittsburgh penalty area. Rittmeyer left his cross just behind Bosua who was able to collect the pass and turn on Tobi Adewole, creating a bit of space for a shot. Bosua's shot was slightly deflected by Adewole and found it's way into the path of Romario Piggott who was positioned near the far post. Piggott was able to keep the ball from rolling out of bounds and, on a tight angle, forced Kyle Morton into a reflex save that went out for a Battery corner.

Pittsburgh responded with a chance of their own in the 67th minute, a header from Neco Brett that was just off the mark. Phil Breno, who made his second regular-season start for the Battery on Saturday night, challenged for an out-swinging cross sent into the box by Robbie Mertz. Breno popped the ball into the air with a weak fist and Brett was there to get his head on the failed clearance but couldn't steer it on target. Steevan Dos Santos scored his 9th goal of the season to put the Riverhounds up 1-0 in the 69th minute. Kenardo Forbes collected possession from Mertz on an overlapping run down the right side and played a low cross into the box. Brett and Dos Santos made strong runs to the near post and nearly collided before Dos Santos fired home past Breno at point-blank range.

Candela and Dante Marini, who came on for Ataulla Guerra in the 70th minute, nearly leveled things for the Battery late in stoppage time. Candela's right-footed blast from the top of the box was inches wide of the left post while Marini watched as his shot from the right side of the box fizzed past Morton and the far post which ended the match.

The Battery are away against Atlanta United 2 on Wednesday, September 18th before returning to MUSC Health Stadium next Sunday, September 22 to take on North Carolina FC.  Text "Tickets922" to (843) 971-GOAL  for special offers.

Keep up with the Battery! SIGN UP  for our weekly newsletter for team news, special events and exclusive offers!