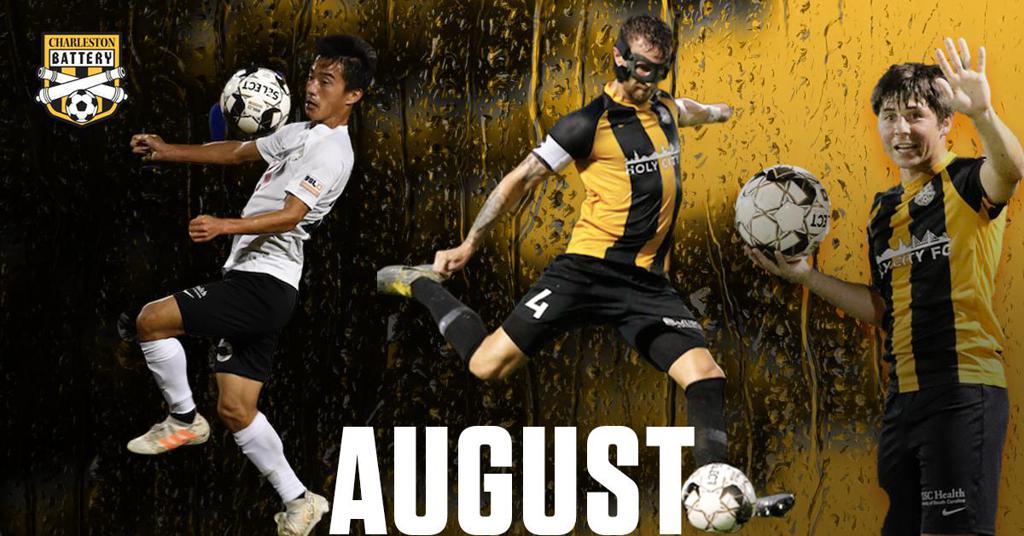 Heading into the final month of the USL Championship regular season, the Battery are locked in a fierce playoff battle for the final spot in the Eastern Conference. Every match from here on out will mean just a little more as the Battery have their sights set on the USL Championship playoffs. Coming up big in the month of August are a few familiar faces and with good reason.

Higashi leads the Battery in assists (4) after playing provider to Dante Marini in Charleston's win over Loudoun United on August 14th. Higashi picked out Marini down the left side after drawing the attention of three Loudoun defenders. Higashi was nearly perfect on the night, completing 21 of his 22 pass attempts (95%) and adding one shot to his stat sheet.

Higashi scored his first goal of the season against Nashville SC to put the Battery up 0-1 heading into the break. The Japanese playmaker showcased his quick feet and finishing touch, splitting a pair of Nashville defenders and lifting his shot over goalkeeper Matt Pickens.

Let us know if you've heard this before; Dante Marini comes on as a substitute and scores a game-winning goal for the Battery. Well, Marini scored what proved to be another game-winning goal against Loudoun United earning the Black and Yellow three points on the road. This time Marini played the full ninety finishing with two shots, both of which were on target.

Marini made appearances in all six matches in August and started against Loudoun, Louisville, and Charlotte. In the Battery's most recent match against Charlotte, Marini lead the way in shots (5) and passing accuracy (85.7%). Marini figures to play a major part in the Battery's late-season playoff push.

Mueller had a busy August playing and starting every match. The defender logged 540 minutes and celebrated a few milestones along the way. The first, his first goal of the 2019 USL Championship season against Loudoun United in a 1-2 win. The second, his 200th career appearance for the Charleston Battery against Louisville City on August 17th. Mueller sits third all-time in appearances for the Charleston Battery just behind John Wilson and Dusty Hudock.

In his most recent match, Mueller anchored a backline in a 0-0 draw against Charlotte Independence. Mueller won possession for the Battery six times and limited the Independence to just five shots on the night (one shot in the second half). Defense has been the Battery's bread and butter in recent years and the captain will look to lead his team into the postseason.