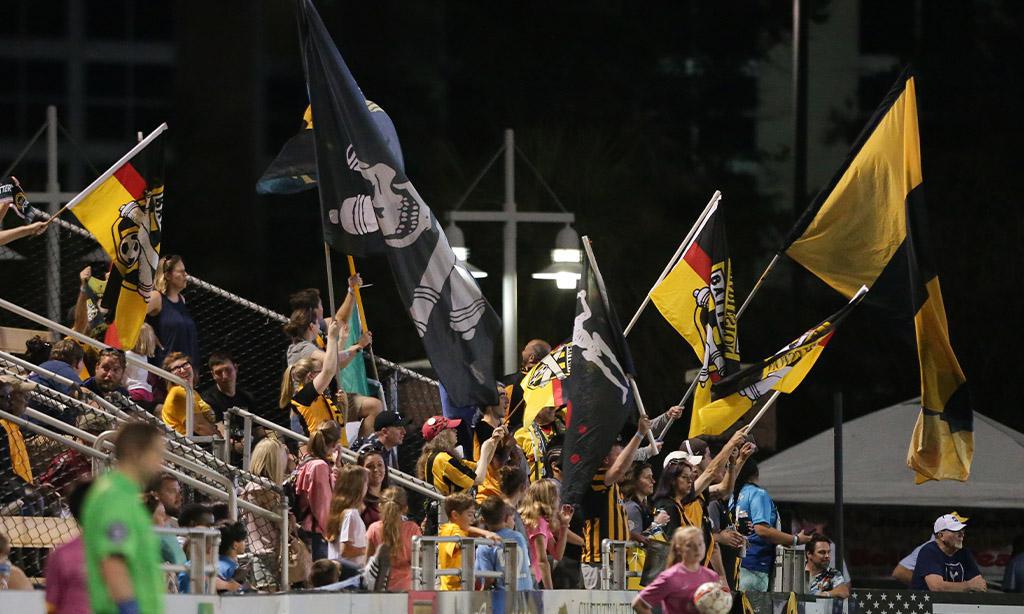 Beginning on August 17th the USL, will launch their "Supporters Week" marketing campaign designed to highlight and feature the various supporter and fan groups across the league. The Battery will be getting in on the Supporters Week action with social overhauls, fan stories and videos, and fan-generated content including a "Twitter Takeover" by the Regiment on August 17th.

Fans will also have the ability to vote on the following in-game/stadium activations including;

and our Featured Drink of the Night

Man of the Match (Twitter polling during the Louisville City game)

Voting is OPEN so get your votes in below!

For those with a creative eye, we are opening a Battery t-shirt design contest that will run through the end of Supporters Week (August 24th). Submit your Battery t-shirt design for a chance to see your work of art come to life next season in the Battery pro shop! Email all designs to Kristin Rockhill at kristin.rockhill@charlestonbattery.com, submissions will close on the 23rd and voting will be open for one day on the 24th. A portion of the proceeds will be donated to the designer's charity of choice!