Saint Louis and Charleston split points in a 0-0 draw at MUSC Health Stadium on May 11th. It was a story of missed first-half chances for both sides in a somewhat quiet affair. The teams combined for a total of 18 shots with only 5 on target.

Russell Cicerone gave Charleston an early scare forcing a one-handed save from Joe Kuzminsky in the second minute following a turnover in a dangerous area. Saint Louis' Guy Abend came inches from putting the visitors in front eight minutes later. Albert Dikwa sent in a fizzing cross but Abend sent his attempted volley just over the top of the crossbar.

Arthur Bosua sent a header wide right of the Saint Louis goal in the 29th minute marking Charlestons first real chance of the match. Zeiko Lewis chipped a brilliant ball over the top of the Saint Louis backline and Bosua rose above Sam Fink to get his head on the ball. Fink did well to put the big forward off and defended the chance well.

Dante Marini came close in the 37th with a good chance from sixteen yards out. Lewis was instrumental in creating the chance for Marini, working in tight spaces between the Saint Louis defense, and playing Marini in with a few yards of space in the box. In the end, Marini's shot was deflected wide of the far post.

What to Watch For

Despite offensive contributions from Fink, Saint Louis find themselves in a bit of an offensive drought. Saint Louis enters Saturday nights contest scoreless in their last two matches, which include a 0-0 draw against 10-man Memphis on Tuesday night. Saint Louis have had season-long struggles in the final third and rank 30th in the USL Championship in goals scored.

The Battery will be without forward Ataulla Guerra who picked up a red card in Saturday's loss to the Tampa Bay Rowdies. While Guerra adds a unique dimension to Charleston's attack, the Battery are not without options upfront. Arthur Bosua, Ian Svantesson, and Nicque Daley could all feature in some capacity as the Battery look to jumpstart their offense.

Defender Jay Bolt returned from his early-season knee injury, playing forty-five minutes and replacing Kotaro Higashi at the start of the second half. A struggling Saint Louis offense might be just what the doctor ordered for a Charleston side looking to shake off their worst defeat of 2019. 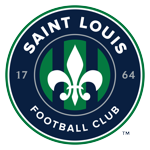 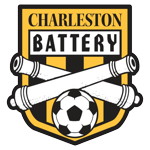