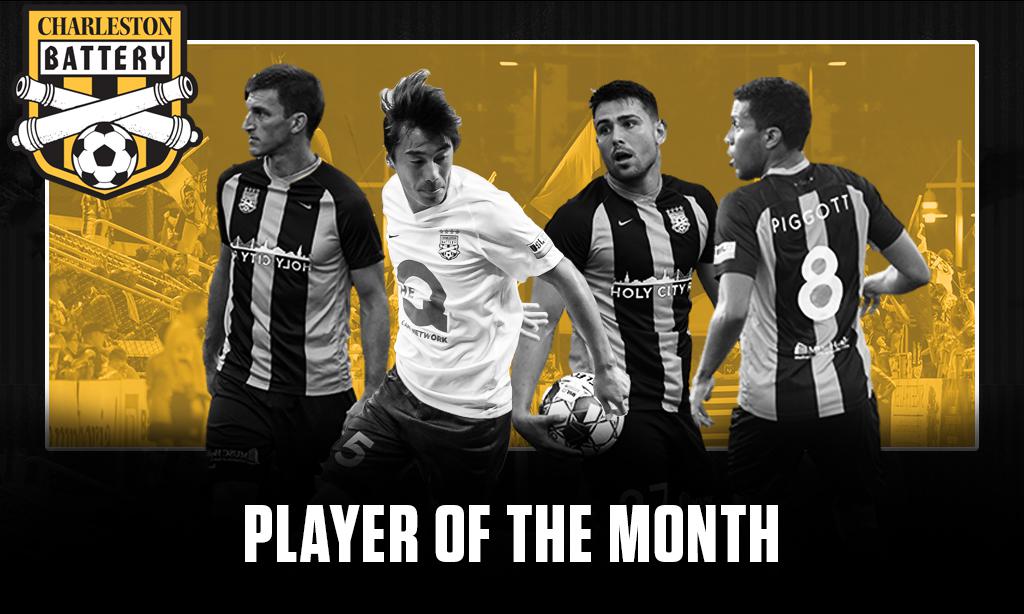 June has featured a number of strong performances from the boys in Black and Yellow with last months Player of the Month nominations below.

Bosua scored his third goal of the season, converting from the penalty spot, in a 3-1 win over Birmingham on June 8th. His goal would prove to be the game-winner giving the Battery a 2-1 lead in the 75th minute. It was Bosua's second goal in as many games as he headed home the Battery's lone goal against Louisville a week earlier.

Higashi picked up two assists in the month of June, appearing in all six league matches (5 starts). Higashi assisted on Romario Piggott's opening goal against Birmingham squeezing a perfectly weighted pass between two defenders to put Piggott through on goal.

The Japanese midfielder picked up his second assist of the month against New York Red Bulls II forcing a turnover in the midfield and finding Nicque Daley on a streaking run to give 10-man Charleston a 1-0 lead.

Higashi leads the team in assists (3) and is third in chances created (13) at the midway point of the season.

Piggott scored his first goal of the season against Birmingham and picked up his second against Swope Park. Piggott started in three USL Championship matches and the Open Cup match against Atlanta United.

Piggott opened the scoring in both contests to give the Battery a pair of 1-0 leads and has been efficient with his shots. Piggott converted on 40% of his shots and forced saves in all but one of his attempts.

Van Schaik has proven to be one of the Battery's most consistent defenders over the first half of the season and played every minute of every match, including the U.S. Open Cup match against Atlanta United, in the month of June.

Van Schaik was named to the USL Team of the Week following his performance against Eastern Conference leaders, Tampa Bay Rowdies, in a 1-1 draw in Tampa on June 15th. Van Schaik made 5 interceptions and 5 clearances in the match and his free kick in the 88th minute would lead to the equalizing goal.