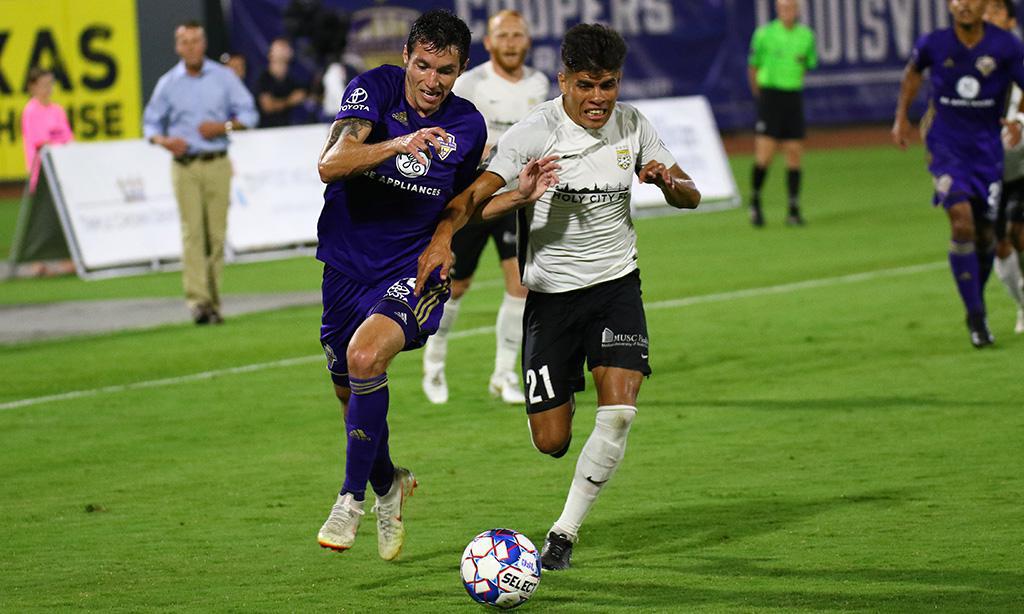 The Charleston Battery are on the road against Louisville City FC Saturday night at Slugger Field in Week 13 of USL Championship action. 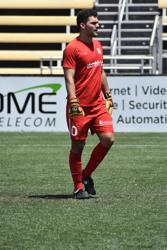 The Battery advanced to the Fourth Round of the U.S. Open Cup Wednesday night after beating Nashville SC 3-0 on penalties.

Nicque Daley opened the scoring in the 24th minute, a fantastic solo run and finish to put the Battery up 0-1. After receiving a pass from Romario Piggott out of the midfield, Daley turned on Nashville defender Ken Tribbett and making a long run into the left side of the box. He held off Tribbett and curled a shot in at the far post.

Nashville scored the equalizing goal in the 72nd minute through forward Kharlton Belmar. Substitute Ropapa Mensah found space down the right side and played a low pass across the face of goal, finding Belmar at the back post. Defender Kyle Nelson was in a position to clear the danger but was unable to get his foot in front of the pass.

The Battery will host Atlanta United in the Fourth Round of the Open Cup on June 11th at 7:30 PM. Tickets can be purchased here.

Louisville City won their Third Round U.S. Open Cup match 1-0 against Birmingham Legion. Sean Totsch converted a 90th-minute penalty after substitute Brian Ownby was fouled by Birmingham’s goalkeeper Matt VanOekel. Louisville will face MLS side, FC Cincinnati on June 12th at 7:30 PM at Nippert Stadium in the Fourth Round.

The Battery took one point in their last trip to Louisville on August 31st, 2018 in a 2-2 draw. All four goals were scored in the opening forty-five minutes of the match with three coming in a seven-minute span. Former Battery forward Patrick Okonkwo opened the scoring in the 14th minute before Cameron Lancaster tied things up four minutes later in the 18th minute. Nico Rittmeyer put the Battery ahead 2-1 in the 21st minute but Lancaster would complete his brace in the 41st minute to draw the hosts level going into the half.

What to Watch For…

No Lancaster, No Problem – Cameron Lancaster led the league in goals during the 2018 USL Championship season scoring 26 goals in 33 appearances for Louisville. Lancaster joined Nashville SC prior to the start of the 2019 season and Louisville have replaced his production by committee. Lucky Mkosana, Magnus Rasmussen, and Luke Spencer have been a consistent source of goalscoring accounting for 12 of Louisville’s 17 goals scored in the USL Championship this season.

The trio have been hot as of late accounting for all of Louisville’s 10 goals over the last six matches. The last time another Louisville player scored was on April 13th as Abdou Thiam scored in the 88th minute to steal a point against Tampa Bay Rowdies on the road.

Another Busy Week – Charleston finish out another full week of matches Saturday night, the teams third game in eight days. The Battery split points with Atlanta United 2 on May 25th before playing 120 minutes on the road against Nashville SC on Wednesday in the Third Round of the U.S. Open Cup.

Several key starters played the full 120 minutes including Zeiko Lewis, Tah Brian Anunga, and Jarad van Schaik. The Battery faced similar circumstances on May 18th as they traveled to Indy following their midweek, Second Round Open Cup win against Greenville Triumph SC on May 15th. It was a slow start to the match and the Battery will be looking for a better result against Louisville tomorrow night.

Home of the Champions – Louisville City FC are reigning back to back USL champions, claiming the title in 2017 and 2018. Since joining the league in 2015, Louisville have finished no worse than 2nd in the Eastern Conference at the end of the regular season. Prior to winning back to back championships, Louisville advanced to the semi-finals in 2015 and 2016 losing out to Rochester Rhinos and New York Red Bulls II, respectively. Louisville have surpassed the 60-point mark in three straight seasons and will look to extend their run to four.