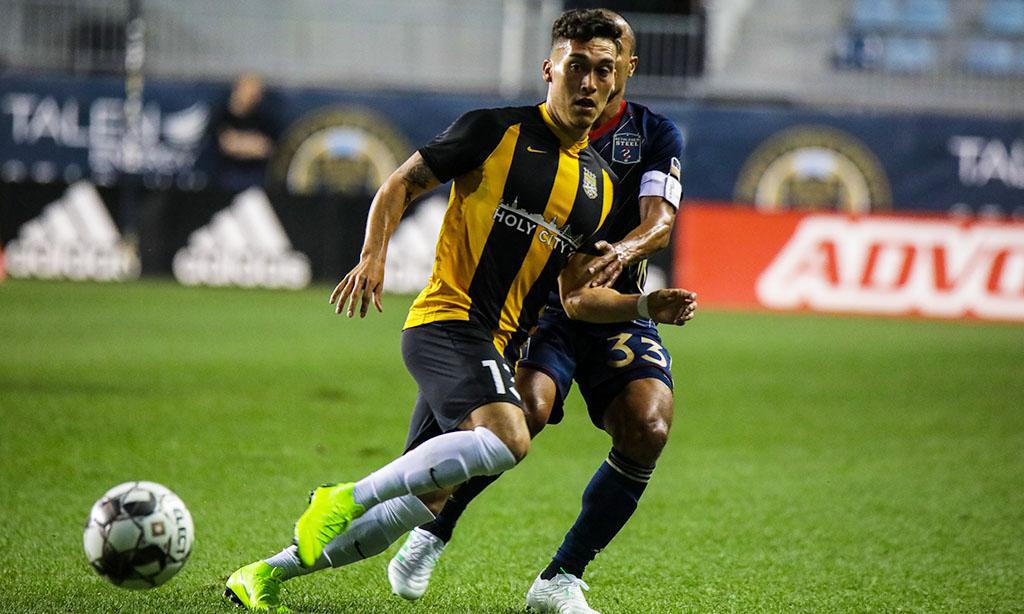 The Battery suffered their first defeat of the 2019 USL Championship season to Bethlehem Steel FC 3-1 on Saturday night at Talen Energy Stadium. It marks the first win for Bethlehem over the Battery since entering the league in 2016.

Bethlehem opened the match with a number of quick attacks forcing the Battery to defend early and often. The Philadelphia Union affiliate had opportunities to score but were unable to find the finishing touch. A counter in the fifth minute of play would see the best chance for the Battery in the first half. Zeiko Lewis’ free kick, aimed at the back post, found midfielder Jarad van Schaik who popped the ball across the box to an open Nico Rittmeyer who couldn’t find the back of the net.

Bethlehem Steel would continue to pressure the Battery defense ultimately leading to a late first-half goal from Kacper Przybylko. A Bethlehem cross found the feet of Zach Zandi inside the six-yard box and the midfielder played Przybylko open near the penalty spot. Przybylko proceeded to finish with ease to put his side up 1-0 going into the break.

The first half proved to be a physical one seeing a total of seventeen fouls between the two sides. Ian Svantesson was forced off in the 16th minute after a collision with a Bethlehem defender and was officially substituted out a minute later. Charleston seemed to be out of sync having lost their top goal scorer and struggled to produce quality chances for the rest of the half.

Bethlehem would double their lead in the 66th minute through a Fabinho penalty but the Battery would respond with a goal of their own two minutes later. Tah Brain Anunga scored his first goal of the season off a sweetly struck volley following a poor clearance from the Bethlehem defense. Trailing by one, the Battery pushed numbers forward for a corner following Anunga’s goal. Nothing came of the chance and Przybylko latched on to a long pass out of the back and was in behind the Battery defense. He carried the ball from midfield into the eighteen where he finished a one on one with keeper Joe Kuzminsky.

The Battery will look to rebound following the loss on April 20th against Nashville SC. It’s 90’s Night at MUSC Health Stadium which includes $9 tickets, a vintage car show, the best hits of the 90’s, and post-match fireworks! Tickets can be purchased at tickets.charlestonbattery.com or by calling (843) 971-GOAL.